The Truth About Antidepressants 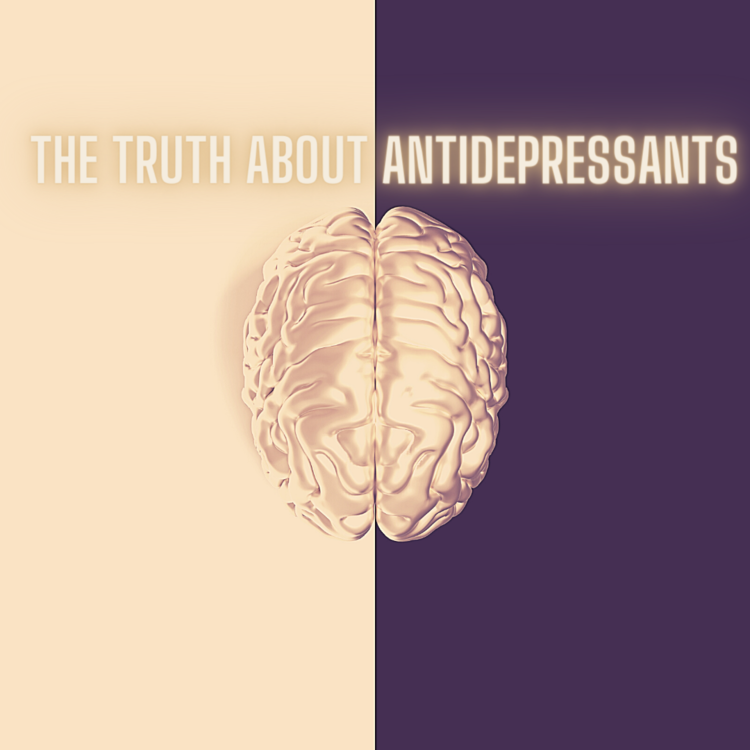 The Truth About Antidepressants

In the era of Google, there is a massive amount of information available about antidepressants. Even for a medical professional, it can be daunting to know what’s real and what’s not. Considering this decision can impact the lifelong health of a baby though, it’s important to be informed.

As a psychiatrist, I hear a lot of opinions, rumors and beliefs about psychiatric medications. I would like to point out that I have no financial incentive to promote medications. There are no pharmaceutical companies paying me, period. I don’t get reimbursed more by an insurance company if I code my visits as medication management. And my practice is a mix of therapy and medication, so if none of my patients were on medication, it really wouldn’t matter to me. I work hard to be unbiased with prescribing medications. I try to focus on using research and evidence to guide my clinical decisions so that I’m not persuaded by my own bias, culture or religion in developing treatment plans for my patients. The answers to the questions below are just me sharing my knowledge with the internet. There is so much information out there, that it can be confusing to know what’s real versus what’s made up.

According to The Agency for Healthcare Research and Quality, the most widely prescribed psychotropic medication, or psychiatric medication, in 2017 was sertraline, commonly known by the brand name Zoloft. In general, antidepressants are the most commonly prescribed class of psychotropic medication, so it’s no surprise that they get a lot of limelight. Public attention is always accompanied by truths and lies, though, as well as a plethora of opinions. Below, I answer the most frequent questions I hear from my patients about antidepressants.

No. No one craves an antidepressant. There is no “antidepressant use disorder” diagnosis in existence either. Similar to blood pressure medications, someone can rely on the medication for the rest of their life, but that doesn’t constitute being addicted to them. It means they have a malfunction in an organ that is treated by taking a medication.

It shouldn’t. The goal of antidepressants is to get people feeling back to normal. When someone is in a depressive episode or struggling with worsening anxiety, an antidepressant is one way to help them get back to feeling normal faster. Antidepressants are supposed to treat symptoms of an illness, so that the symptoms go away. They’re supposed to make someone feel like their old self again, which is most often what they do when they work. Some people have emotional side effects to antidepressants though - they may feel emotionally blunted, or may have difficulty crying or feeling more extreme joy. This is an unwanted side effect, and should be brought to the prescriber’s attention so the medication can either be adjusted or a different medication can be trialed.

No. Big fat NO. Starting an antidepressant is, in no way, a life-long commitment. It’s simply a trial. If someone has side effects to the medication, doesn’t like the way it makes them feel, or later decides they want to come off of it, that is okay. It is often recommended to be on an antidepressant long term if someone has had two or more depressive episodes before, or has struggled with more chronic, severe anxiety. This is because the likelihood of their symptoms recurring are very high, and the risk of the illness is outweighed by the risks of the medication. Antidepressants always work best (in preventing relapses) if they are taken for about a year from the time symptoms go away, and if they are taken in conjunction with psychotherapy. If someone’s goal is to get off of antidepressants successfully, then I would argue therapy is a must.

No. I can’t tell you how many patients have told me that they have been told this. It makes me angry, honestly. It is shaming a woman, and for what reason? We have a lot of good, quality research supporting the idea that antidepressants do not increase infertility rates. There were some older studies suggesting that antidepressants do increase infertility, but as we have advanced our education more about the interface between mental illness and fertility, we’ve learned that those with mental illness, regardless of being on an antidepressant, are at increased risk of infertility. So it is better supported that infertility has more to do with the depression and anxiety illnesses themselves, rather than the medication used to treat them.

In short, no. Research shows that the dose of the antidepressant during pregnancy does not increase risks to the baby. There is some evolving research that may indicate that the dose of antidepressants could increase the risk or severity of neonatal adaptation syndrome; however, most research shows it does not. Untreated mental illness during pregnancy has a lot of risks to the fetus though. Research supports that the more severe and the longer the duration the mental illness is during pregnancy, the higher the risk is to the developing fetus. Active mental illness increases medical complications of the pregnancy and poor birth outcomes, and increases the risk of long-term physical and mental illness in the baby. So it is safer to fully treat the illness into remission with necessary doses, rather than expose the baby to both the medication risks and the illness risks. The risks of the illness far outweighs the risks of most antidepressants. Additionally, a woman’s metabolism of the majority of antidepressants greatly changes throughout pregnancy, which necessitates higher doses to maintain the same level of medication in the body.

Ideally, we don’t want people on antidepressants. Our brain is an organ though, and sometimes it needs medication to help it function properly. Bringing back in the analogy of high blood pressure: we can use lifestyle changes to improve symptoms and decrease risk, but sometimes lifestyle changes are not enough or the illness is too severe, and other treatments are needed. Medications can help save people’s lives and should not be viewed as “the bad guy.”

The more research that comes out about perinatal mental health and treatment, the more evidence supports that we were inaccurately focusing our concerns on the wrong thing. It’s not the medications used to treat mental illness that we need to fret about, as much as it is mental illness itself that should be worrying us.

Look for my next blog post in the winter about the risks that mental illness poses to a woman and her baby during pregnancy and postpartum.